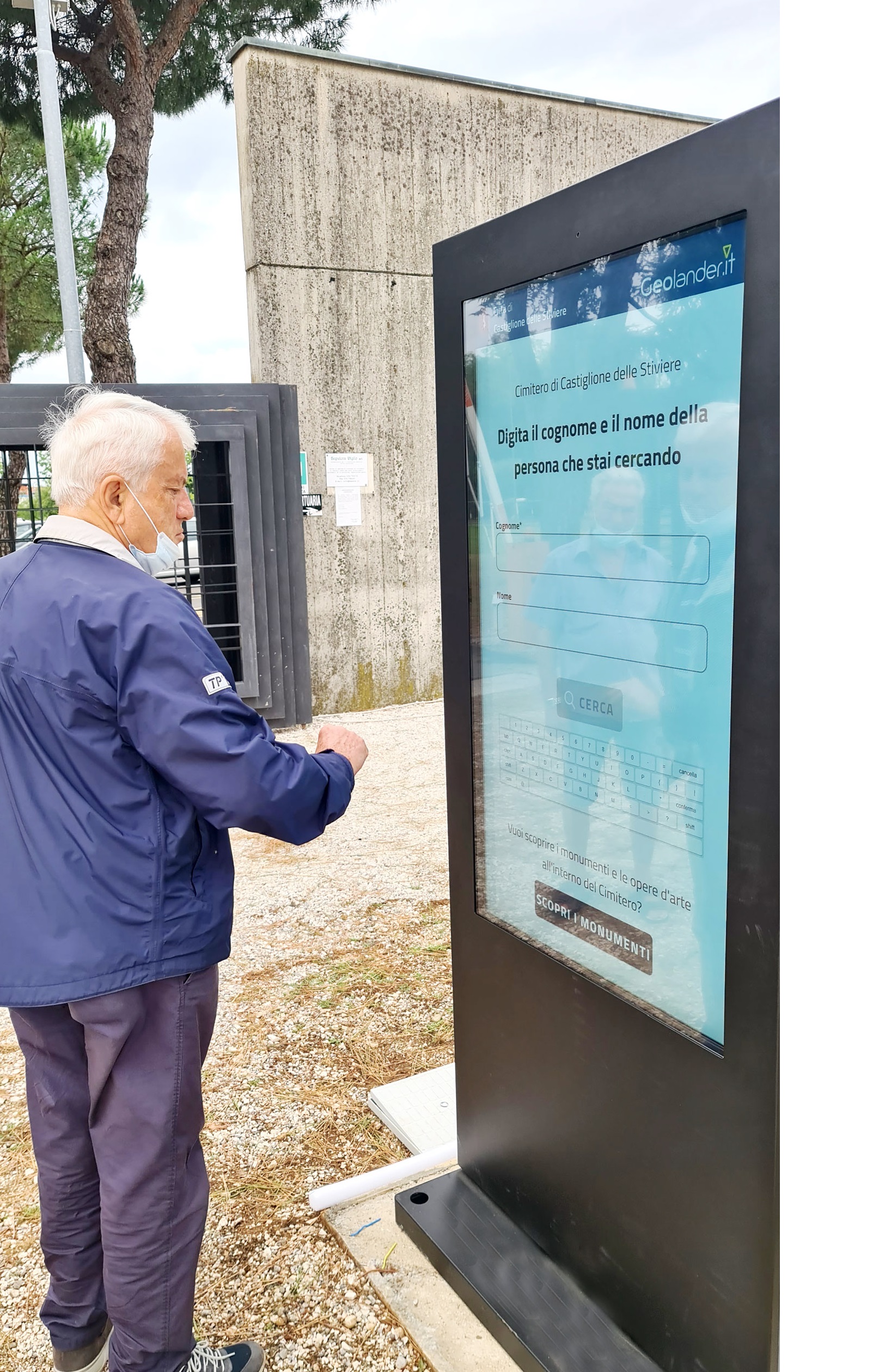 In death there is a time scale of memory, which varies according to the intensity of the affects and the time that spans. Faced with the desire to bring a flower to the grave of a distant relative, a friend, or a love to whom it has not been possible to give a last goodbye, the mere feeling of affection can prove to be a bad guide to orient oneself within a cemetery if there is no custodian who, with a register in hand, accompanies you to the grave of the deceased. 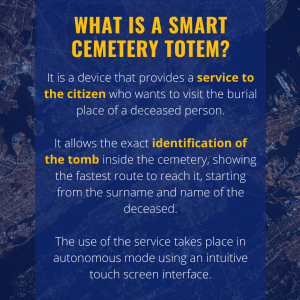 Untangling between tombs and niches in cities, as well as in small towns, often becomes an undertaking that recalls that of Daedalus and his son Icarus in the legendary labyrinth of Knossos. And then the modern technology comes to the rescue that transforms the wings of Icarus into a smart digital totem for the search of the deceased.

The Municipality of Castiglione delle Stiviere, in Italy, has made this need its own and has decided to make a smart totem available to its citizens and visitors to the cemetery. The tool offers a valid service for the efficient management of the cemetery itself.

The system brings together the technologies of Smart Cities such as broadband, geolocation, digital platforms and digital interfaces in order to provide citizens with a simple and intuitive solution to a complex problem.

The totem, thanks to a very accurate work of surveys and georeferenced data of the cemetery made by the company Geolander.it, allows you to enter the name of the deceased on its screen, after which it returns a map in which the searched tomb is perfectly geolocated, so as to be able to reach it with extreme ease.

The totem pole also offers a tourist orientation service. The cemetery of Castiglione, in fact, houses important monumental tombs and works of art created by local and international artists. From the Totem it will be possible to find information on the tombs and works, as well as their exact location for a digitally georeferenced view.

Innovative solutions to tackle the effects of the pandemic