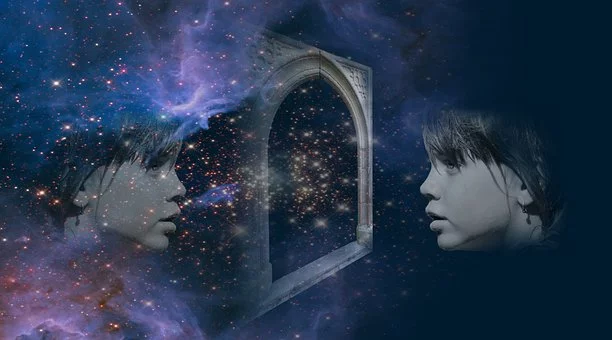 In a previous post (available here), the Digital Twin concept within Smart Cities processes has been introduced. Our reader still remembers that such a concept, originally developed for industrial systems, for some years now is applied to the urban context. It is also remarked that this is possible thanks to the progress made in the field of geospatial technologies, specifically of the three-dimensional (3D) digital modelling of the city. As a matter of fact, the realization of the Digital Twin of the Smart City implies the availability of the digital model of the city: in other words, the City Model is the fundamental requirement of the Digital Twin of a Smart City.

This post offers a brief overview of the idea of a city model for non-professionals on this topic. It could also be helpful, like the previous one, to achieve more awareness in the new skills for smart cities, and in new competences needs, within the Smart DevOps project.

For Capacity, two categories of indicators are proposed: Smart Facility (i.e. Smart Services) and Information Resource (i.e. Open data & sharing; Valorisation & use). Within Smart Facility evaluation, the indicator “city model” is used to assess the availability of city model data, and its use by other systems in the city. Evaluation indicators related to City Model are listed in Table 1., together to an example of the method of calculation, specifically that for the proportion of the city’s operational business data explicitly related to the relevant feature instance in the digital model (L 4.3.5).

The informative Annex A of the ISO / IEC 30146: 2019 Standard, introduces the City Model concept as the appropriate data set that allows you to represent (to model) those physical and social aspects of the city, relevant to its objectives. More specifically, it is made up of a catalogue of elements (features) from the real world; examples of features are physical objects (buildings, roads, …) and geographical references (addresses, administrative units, …).

Hence, this topic may become particularly technical. For this article, it is helpful and sufficient to remember some notions about its salient features and briefly describe how the evolution of geospatial technologies has influenced its coming.

The city model is the digital evolution of the analogical representation of the urban territory: namely, the topographic chart or map.

The principles for establishing the quality of representation, that is, the correspondence with the real world, have not changed over time; they mainly concern the completeness, accuracy and, concerning the updates, their frequency. Obviously, with the evolution of digital technologies and the development of increasingly complex application areas, needs have changed. In this regard, it can be sufficient to imagine which are the quality requirements adopted for applications associated with self-driving vehicles or with delivery systems based on the use of drones.

A further factor that determines the quality of the cartographic tool is adherence to standards. The adoption of standardized symbols for the creation of paper cartographic products guaranteed their usability in the past. At the time of M2M, the definition of standards extends to the structure of datasets, web map services, to the management of organizations set up to ensure the usability of this information asset. Besides, to ensure interoperability between systems, they must be “open” standards, settled at an international level.

Ignoring an initial phase, in which computers were introduced to automate the drawing processes (automated map), the transition from the analog to the digital world within the cartographic organizations can be referred to the diffusion of Geographic Information Systems: hardware and software for the management of spatial data and the creation of numerical (or digital) maps. The same term has spread to indicate also an organization devoted to its use.

With the Internet, the community of GIS users has understood the opportunity to use the Net to carry out data searches, their evaluations, and to share and exchange data of its GIS. The standard definition activities for data exchange were intensified, and the technical and organizational solution was identified: the so-called Spatial Data Infrastructure, SDI. An SDI does not produce data; it is an organization committed to the collection of data provided by its adherents and has mainly to guarantee the fundamental functions of data research, visualization and sharing.

Over the past decade, there has manifested an evolutionary phenomenon of the geospatial sector, matched up the digital transformation of contemporary society. On the one hand, some ICTs, such as Cloud, Wireless & Communication, IoT, Robotics & Automation, are drivers for geospatial technologies in many applicative areas, on the other, these latter have taken on the role of driving force in the diffusion of digital innovation both within the processes of the production and public administration sectors and within of the commodities.

This phenomenon, called the Geospatial Revolution, is introducing new needs, along with new opportunities. In consequence, the worldwide leading Countries in this sector are creating Geospatial Infrastructures. While the SDIs are mainly concentrated on the provision of geospatial data on the web, the field of action of a Geospatial Infrastructure covers everything identifiable as “geospatial”: data, technology, policy, and professionalism. Its purpose is to improve the productivity of the sector to which it is applied.

Within some Smart Cities, the City Model is called Virtual City; within others, for industrial processes, it is even right used the term Digital Twin. This data structure can be identified as the data component of the city’s SDI: if the SDI is compliant to the ISO 191xx “Geographic Information” family standards, like the INSPIRE European SDI, it refers to an open standard city model.

For its use within the digital twin platform of the smart city/community, it is right to refer – when it exists – to the city Geospatial Infrastructures, of which the SDI is essentially a subset.

In this post, the City Model definition has been shown. Its role in the application of the Digital Twin technology to the smart city has also been learned. In the next, other issues concerning education and training for new jobs will be addressed, fitting the Smart DevOps project.